ⓉⓇⒶⓋⒺⓁ 𝒯 𝓊 ℯ 𝓈 𝒹 𝒶 𝓎 ✈: I was on a trip to Zambia, Africa with a group of students from my high school. We had heard about the Black Rhino at the preserve we were about to safari to, and I couldn’t wait to see it! He was exotic, and one of only a few left in the world as they were nearly extinct at the time.

Our one-day adventure tour—before starting our mission work with kids and youth for the rest of the 10 days in Zambia—was here and I was ready. Starting in the cool early morning, we jumped into jeeps that bounced through the dirt trails and grassland, on the lookout for giraffes, zebras, and the alleged BLACK RHINO. 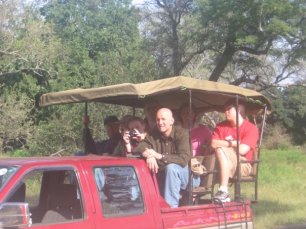 Our caravan rounded a corner, and at this point we hopped out of the jeeps to go on foot to where our guide thought he could be. He was blocked from my view when our guide announced he was there. Then, when I did glimpse his grey body lazily munching on the grass, I was surprised at how un-intimidating he looked.

“THAT is it?!” I thought to myself a little disappointed. “He’s not even black! He looks like a normal rhino!”

The only time I had ever seen a rhino in real life before this moment was at the San Diego Zoo. How spoiled could my reaction be, as if the fact I was standing yards from the beast wasn’t impressive?!

“Who wants a picture with him?” Our guide asked.

One by one, we got photos with the rhino behind us. As the photo shoot was going on, our guide talked about the power of rhinos, their speed and strength, and how the one way to possible escape a rhino charging you is to run in circles and curves since their muscles prohibit them from turning easily.

It was my turn for a pic, and I had absorbed everything our Zambian guide had said. Now, grazing the grass 80 ft from me, it was hard to turn my back to the beast, knowing his body of muscle could easily charge, top speed reaching 35 mph. I can run, what 2? On a good day? HA!

My trip to Zambia reminded me of how small I am in every possible way. Even the termite mounds we saw were ginormous… the smallest thing, a termite, could cause so much damage if weren’t out in the open plains.

Victoria Falls, misty and loud, the spray in the sky could be seen for miles down the river. 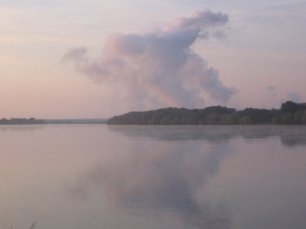 I even felt small doing my part in helping teach classes to students during our days of mission work, and playing with swarms of kids from the compounds who just wanted to be seen, touched, and hugged for a minute.

I had turned 17 years old two days before the trip began, and it was a great way to start another lap around the sun. Zambia gave me such new perspective on life. From the way people eat, to the land full of animals I had only seen in books and movies. 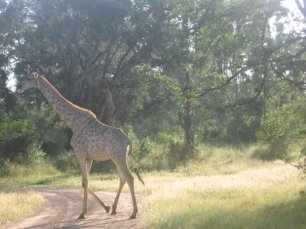 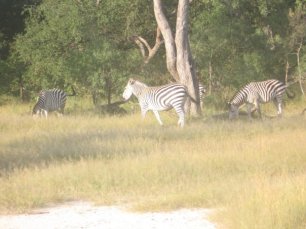 The craziest, wildest things in nature, like rhinos and waterfalls flowing at speeds of nearly 39,000 cubic feet per second, there for us to behold and appreciate.

The Black Rhino will forever be a lesson to the vastness of the world. That I’m not that powerful against… anything wild in nature. And though it took a minute to sink in, that seeing the Black Rhino in person WAS a big deal. I walked away in awe and inspired and hope to continue the lesson to today… Awe keeps me humble and reminds me of the great things in this world outside of my own bubble.