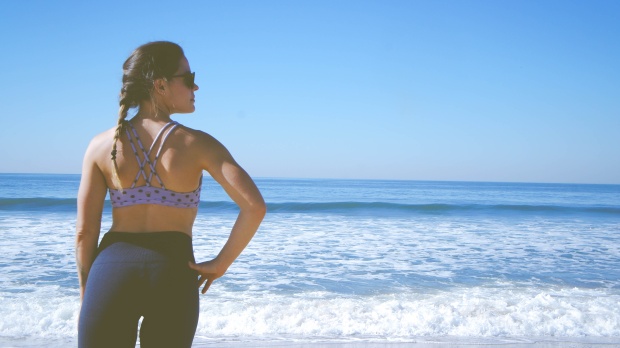 I say I want to lose weight and a week later I’m binge eating on chips and margaritas. I say I want to read a book or two and except for the GRE haven’t picked up a book in months. I say I want to raise money for human trafficking victims and I’m too scared to keep asking the people who said they would donate.

So I’m pushing and pulling. Trying to grasp at any semblance of order in my career, health, and attitude with changes in relationships, and especially with God.

Consistency in prayer is what I know makes my emotional imbalance and fear sober and pure minded again.

Consistency in showing up at work, and doing the best that I can any given day is what I know got me a 3rd promotion in less than 2 years as a Sports Producer.

Consistency is key. It is key to success. It is key for getting through each day. It is key for proving I am capable, even when I “don’t feel like it.” And believe me, I don’t most days. But by remaining consistent to show up during the hard times, I know I’m succeeding, even if I don’t see the fruit right away.

I know it works. The reality is, though the process has been slow, I have seen the fruit of remaining consistent to the important things, letting go of that which distracts from my goals.

SO by FINALLY writing this blog post, I am claiming this word publicly to make it a habit and pattern in my actions and ultimately a part of my lifestyle in all areas of my life right now, not just when it is convenient.

Consistency to keep putting one foot in front of the other for this triathlon on days and nights I don’t want to work out, when I say the wrong thing in meetings, or when I want to go out with friends and instead know I should study.

In the end, I think that is what makes the fruit so beautiful. It is not that these goals are easy, or that I’ve done a good job at keeping them a priority- but that I can in action, word, and deed go back to remaining faithful and true to the important things.

The road is long, but I will reach the end by choosing to move forward. Consistently.